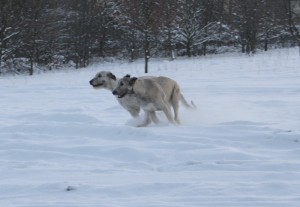 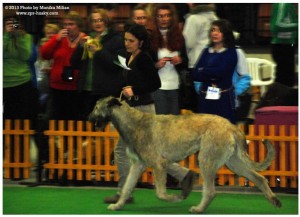 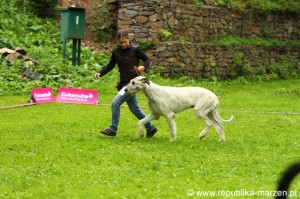 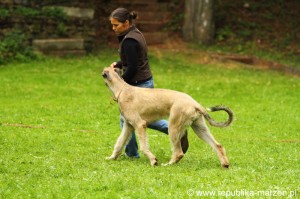 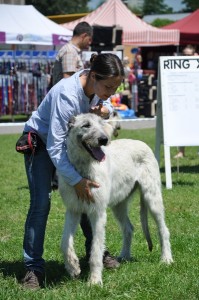 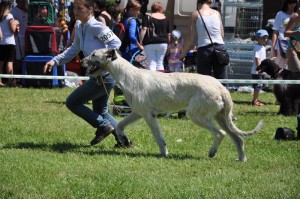 In the first half of February we are expecting to have a litter of Irish Wolfhounds. For the second time the parents will be Proxima Wichrowe Zauroczenie (Wuthering Infatuation) and Couperin Knallasen’s (Connor). We have decided to repeat this union considering Dr Janis’ health forecasts, low coefficient COI and perfect exterior of the puppies of this couple from the previous litter (litter V). Not without significance is a perfect character of both the parents and their breed.

Here go the puppies from the previous litter of this couple: 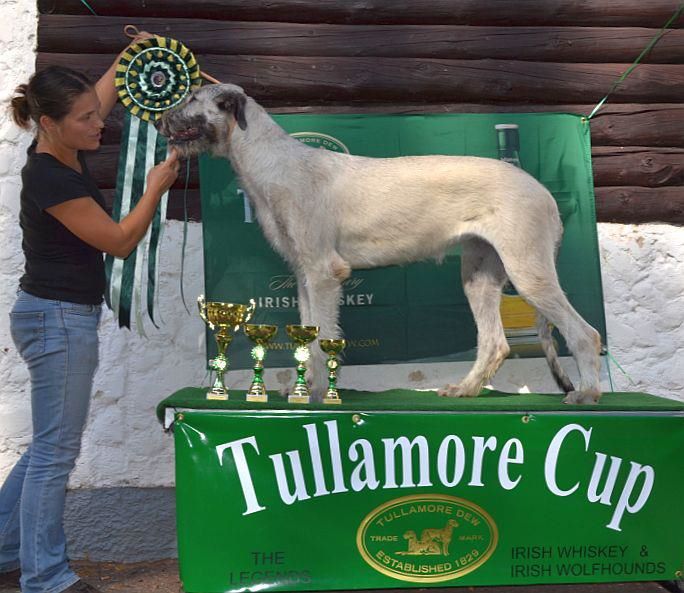 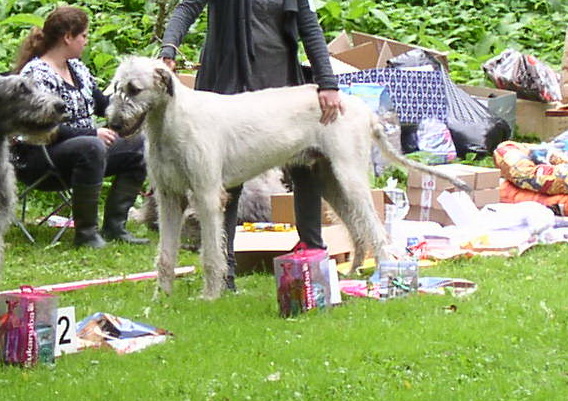 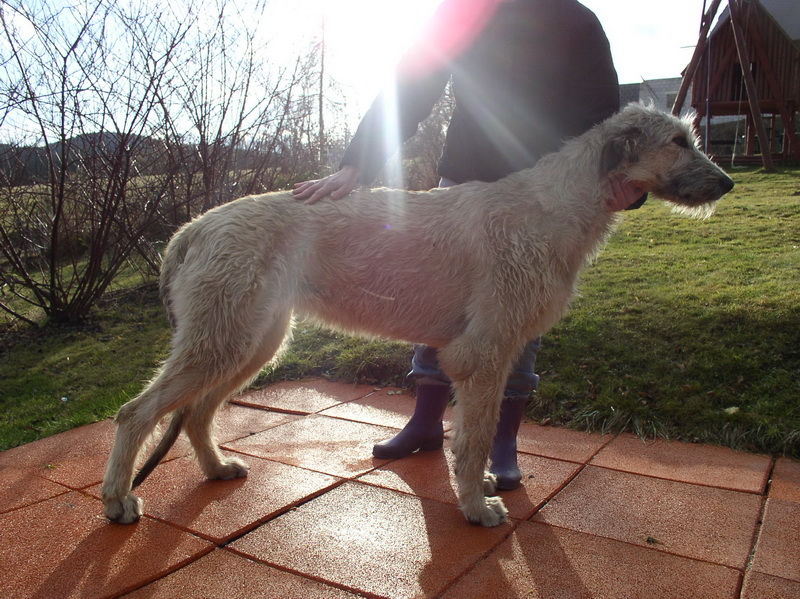 We invite everybody willing to talk about Irish Wolfhounds, meet our dogs and learn more about this breed and its requirements to contact us via e-mail, call us or visit our place in Łąkta.

For this year’s Tullamore cup have been inscribed 73 Irish Wolfhounds. The judge was Ms. Pernilla Monberg from Denmark, breeding Wolfhouse. The whole event consisted of two main contests. One of them was a show of dogs divided into classes, which was similar to a regular dog show. Each dog was very precisely looked up and down by the judge, estimated and described. The following day there was a coursing. Finally the results of the two competitions were summed up and the winner of the whole Tullamore cup contests was announced.

In Tullamore cup apart from Varna from Poland participated the following Irish Wolfhounds:

The first one from our Polish team, in a junior class, was presented Volver and was placed first. Here, along with his owner, they are collecting their prizes. Volver’s description: 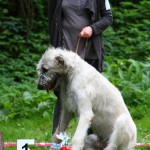 ” lovely type, and substance for his age, as far as I could see good bite, correct ear most of the time, shoulder placement good but slightly strait at the moment, it will settle, good depth of chest, long in loin, well angulated rear, needs some ring training”

The picture shows Connor at the winner place 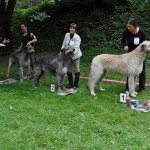 Gines, in the veteran’s class, received a perfect description and the judge was impressed by his perfect condition considering his age: 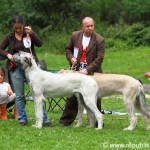 Finally the time for the bitches arrived. Varna and Vika were shown in the puppies’ class. Both sisters gave a very good performance. Varna won and definitely was appreciated by the judge. The picture presents Varna and Vika during the evaluation. Varna’s description:

A beautiful male dog Alf Avijan was awarded BIS and our Varna Szare Stado was placed second – res. BIS. Then additional competitions took place. Varna was considered to be the most elegant fawn dog of the whole exhibition and won the comparison for the best built rear part of the body. Connor won the competition for the best breeding dog with his breed. He was presented along with his puppies – Volver, Varna and Vika. There was also his another puppy – older than our ones and coming from a different litter – Express Yourself Really Irish. The picture presents BIS Alf and res.BIS Varna with the judge Ms. Pernilla Monberg. 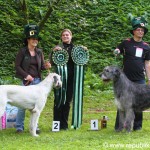 The following day there was a coursing. Varna made a pair with Vika and they ran very well, especially Vika which had never run after the bait before. Also Volver, who ran alone, gave a very good performance. At the end of the day, after having summed up all results the winner of the whole Tullamore cup was announced. The winner of the Tullamore Cup 2011 was the above-mentioned Express Yourself Really Irish and our Varna was awarded the second prize! I will remember this competition for a long time. I was very proud of Varna, Vika, Volver and Connor who showed how valuable and perfect breeding dog he was. Our Polish team presented itself really well and we were truly satisfied that our dogs were appreciated by such an experienced breeder. I hope to meet her during the coming Tullamore cup next year. I would like to take part in this competition once again very much as it is a wonderful event organized perfectly well by Ms. Edita Bersova!